This February, Kramden Institute, in partnership with the East Chapel Hill Rotary Club, GCF Global, and the Center for Development in Central America awarded 42 laptops and 70 tablets to the students of Ciudad Sandino in Nicaragua. 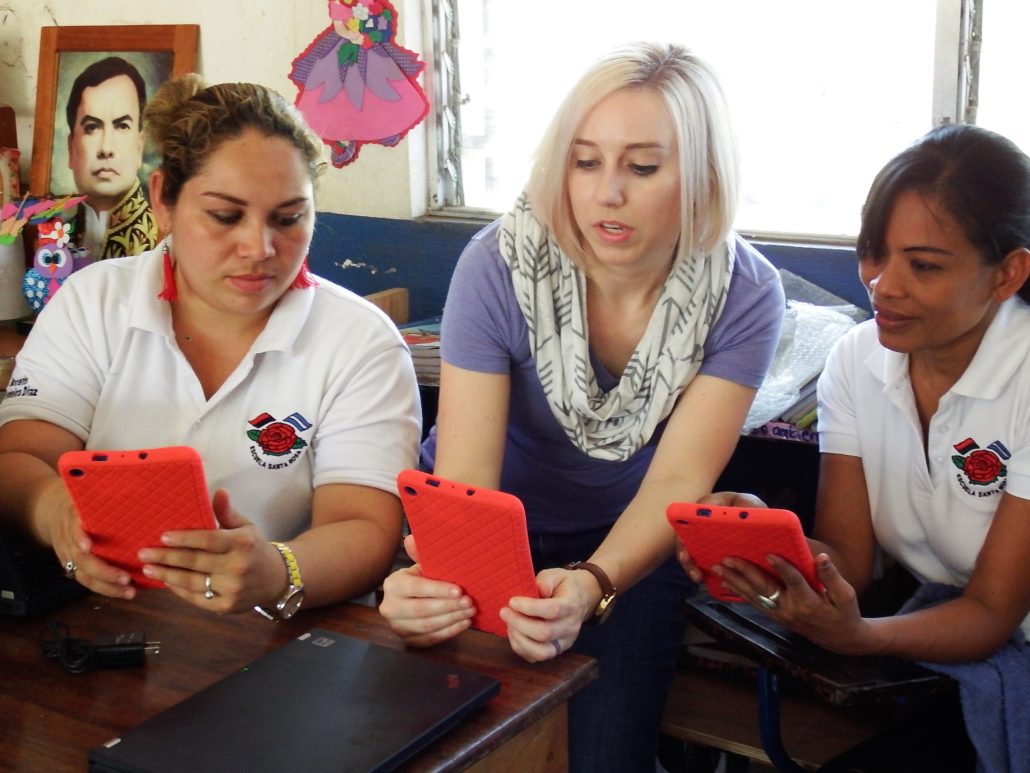 Volunteer Stephanie Schenck, a PHD student in Literacy Language and Culture at Clemson, and Rotary Peace Fellow, Moh Eid, aided in the distribution and training of the educators on how to use the technology in the classroom.

Devices went to two primary schools and one secondary school in the area. Included with the devices were power conditioners and backup batteries to combat the poor electrical grid. 6 laptops were also provided for the dental clinic at Jubilee House to be used for analyzing x-rays and charting. 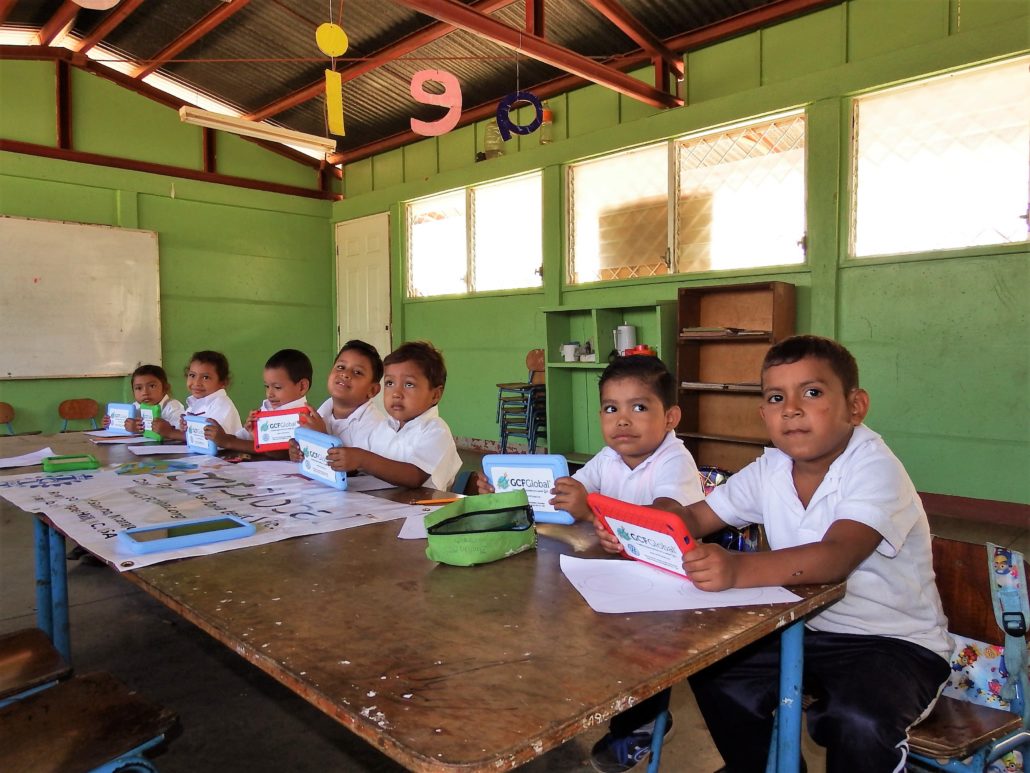 This was Kramden’s third year partnering with the East Chapel Hill Rotary Club to bring computers to Central America.