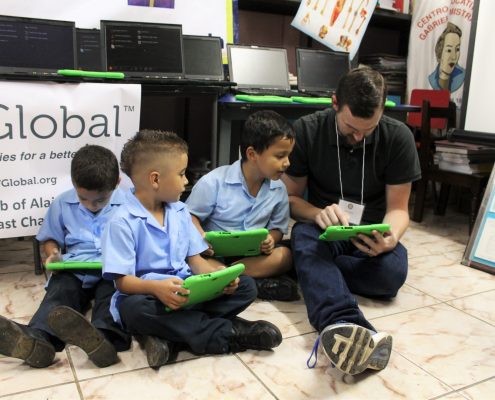 Jason Ricker, Kramden’s Director of Technical Operations, shows a group of students how to use some of the apps on their new tablets.

Kramden Institute partnered with the East Chapel Hill Rotary Club to award 101 laptops and 60 tablets to students at nine schools in the Alajuela province of Costa Rica. For most of the students, this is the first time they have had access to technology and educational apps.

Each school received training on how to use and care for the equipment during a 30-minute orientation led by Costa Rican native, Henry Vargas. Vargas has been trained by Kramden on the refurbishing process and operating system and has completed the Kramden Digital Literacy Curriculum. He will revisit all nine schools in three months to conduct training workshops and repair any equipment. 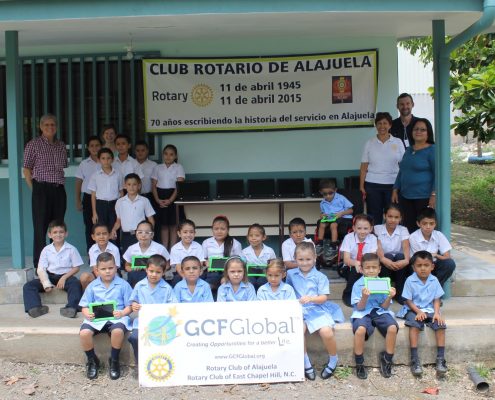 Students and teachers pose with their tablets and computers on the front steps of their school.

Jason Ricker, Director of Technical Operations at Kramden Institute, was able to award the computers and tablets to the students. “The biggest impact was getting technology into the hands of students with no access,” he said. “There are some schools where the only technology is the teacher’s smart phone,” Ricker said. 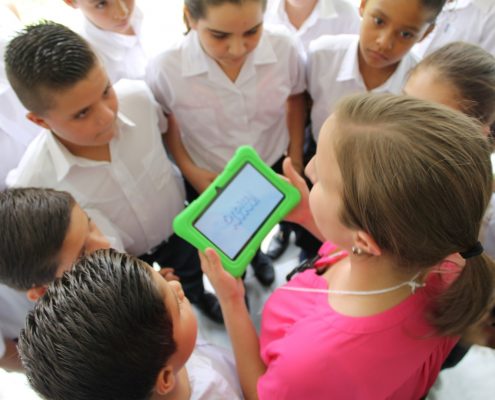 Kramden volunteer Erica Ricker gathers an audience for a quick demonstration of the tablet.

All computers featured the Spanish language version of the Ubermix operating system. This is the second year that Kramden and the East Chapel Hill Rotary Club have worked together to bring computers to Alajuela. 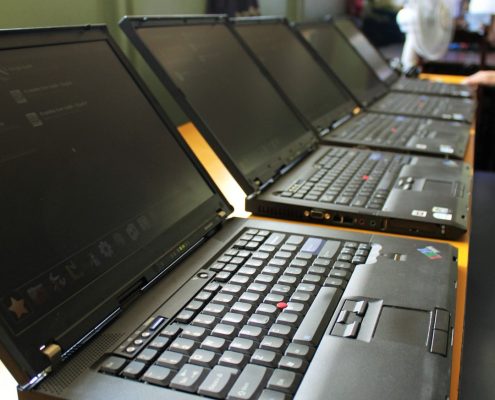 Kramden laptops set up in a classroom at one of the schools. 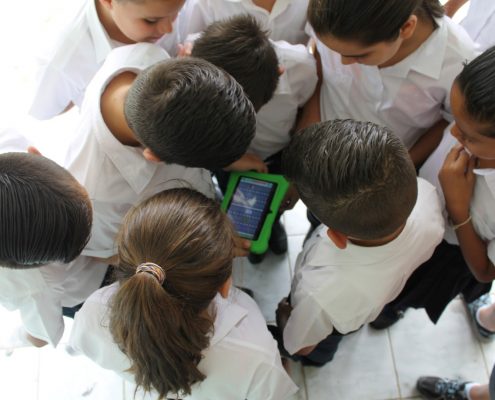