YouTuber Steve Burke at Gamers Nexus is considered to be a leading authority in computer hardware reviews. With nearly 1.7 million viewers, these fantastic supporters of Kramden have not only helped raise awareness of our mission, but they’ve also donated their tested hardware and recently joined us at last month’s Celebrate Kramden event! During the event, volunteers were tested for their ability to socket as many sticks of RAM as possible in under one minute. For each stick of RAM they socketed, they were awarded $10, and an additional $10 was donated to Kramden (totaling $680!). On top of the challenge, Steve also donated an additional box full of GPUs valued at around $1,800 to be used by students during this summer’s PC Build Camps!

This summer, campers have been busy putting the donated parts to the test. Middle and High School attendees of Kramden’s Build a PC Camp gain hands-on experience building, modifying, and tearing down computers. During last week’s session, middle school students learned how to build a PC from scratch, using a variety of parts, including those previously donated by Gamers Nexus. 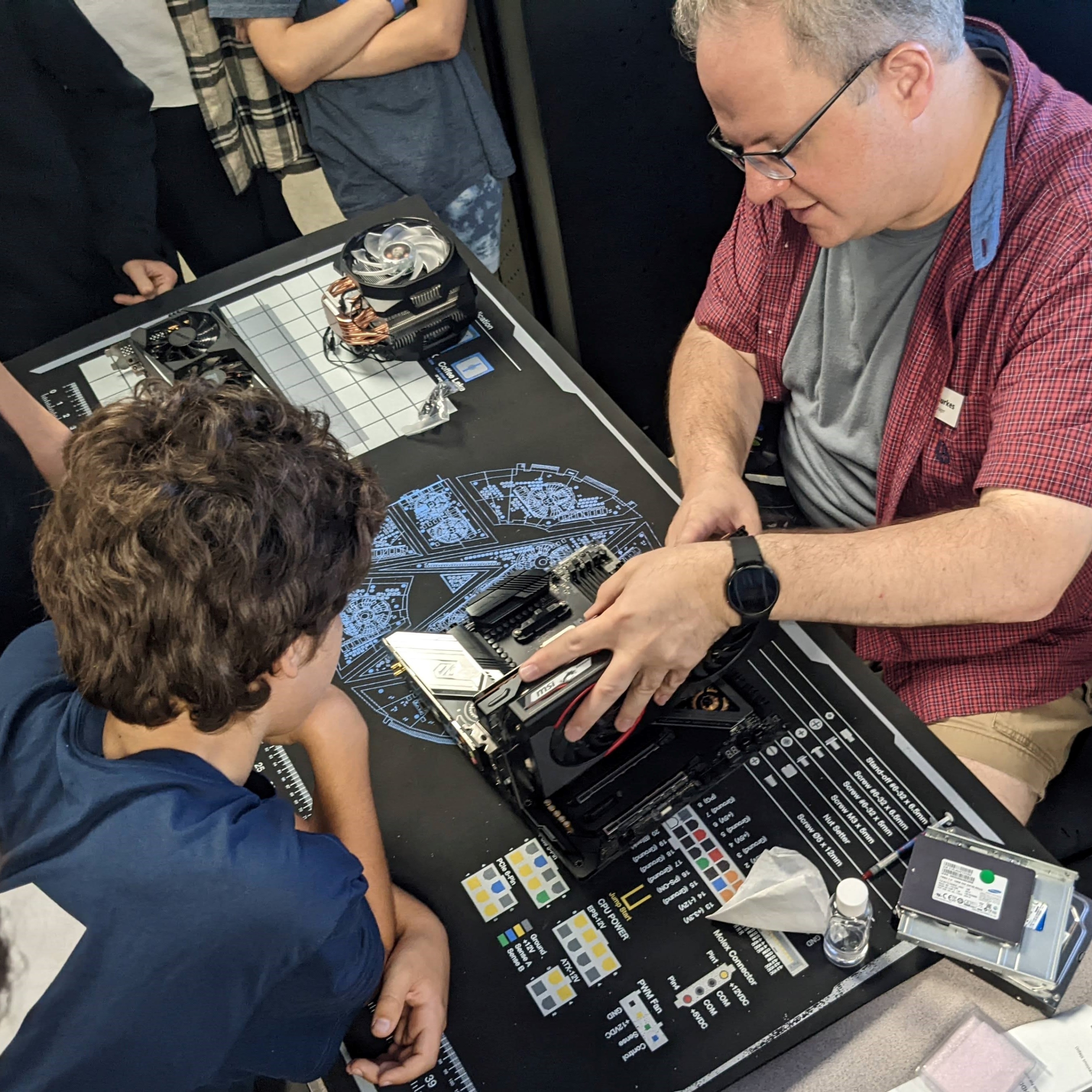 After the initial demonstrations, the students partnered up to practice choosing parts, installing them, adding graphics cards, and benchmarking the computers. Once students started to get the hang of assembling their own PC, instructors threw in a “sabotage” challenge. Students were challenged to work together to figure out what went wrong by identifying unplugged cables and missing parts. Along with these valuable hardware troubleshooting skills, students left camp with the knowledge of how to build their own PC from start to finish while also sticking to a set budget.

Thank you to Steve and the Gamers Nexus team for your continued support of Kramden’s technology programs!