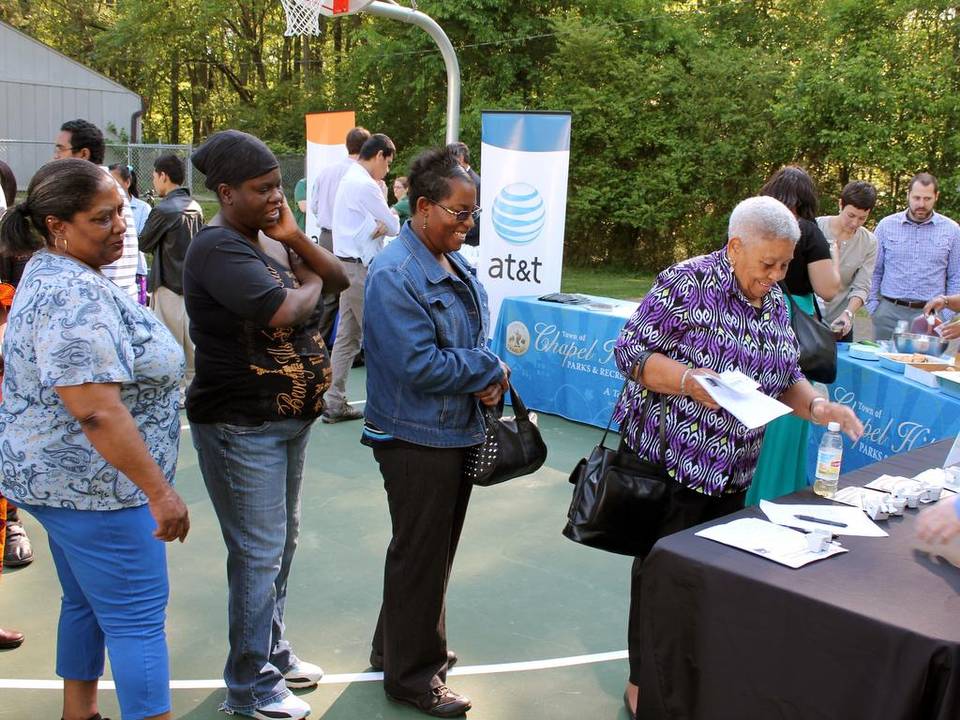 Regional partners joined the town last week to form a bridge over the digital divide for public housing residents.

Mayor Mark Kleinschmidt announced the launch of free AT&T internet service on May 8 at the South Estes Public Housing Community off Estes Drive. The Kramden Institute, located in Durham, will provide residents with free computers and digital literacy classes.

The town is taking a multipronged approach to closing the digital divide and ensuring all Chapel Hill residents, regardless of income, can get online, project officials said.

“Ensuring that all our residents can access information via the Internet is essential,” Mayor Mark Kleinschmidt said. “We are thrilled to work with these community partners to make this possible.”

AT&T’s role in the project is part of an agreement worked out through the North Carolina Next Generation Network, a regional partnership among Chapel Hill, Carrboro, Cary, Durham, Raleigh, Winston-Salem, and their local universities – Duke, N.C. State, UNC and Wake Forest.

The company will begin providing several Chapel Hill properties with AT&T U-verse Internet, television and voice services over the next year.

The effort is particularly aimed at helping students keep up at school. The legislature passed bills in 2013 that called for a move away from textbooks and implementing more digital materials in schools by 2017.

A town survey in 2014 found that one out of every four public housing residents with school-aged children didn’t have internet access at home. Ninety-six percent of those who responded to the survey also reported having an interest in computer training classes.

“Internet access is critical to success in today’s economy, whether you’re doing your homework, applying for a job or sharing with friends and family,” said Robert Doreauk, AT&T’s regional director of external affairs. “AT&T is proud to work with Chapel Hill and to provide a vital service to its citizens.”

Public housing residents were able to sign up for four free digital literacy classes, including topics such as computer basics, the Internet and safe sharing, public library services, office programs, and media and creativity.

About a thousand residents live in the town’s public housing communities in Chapel Hill and Carrboro.
Read more here: http://www.newsobserver.com/news/local/community/chapel-hill-news/article20544996.html#storylink=cpy